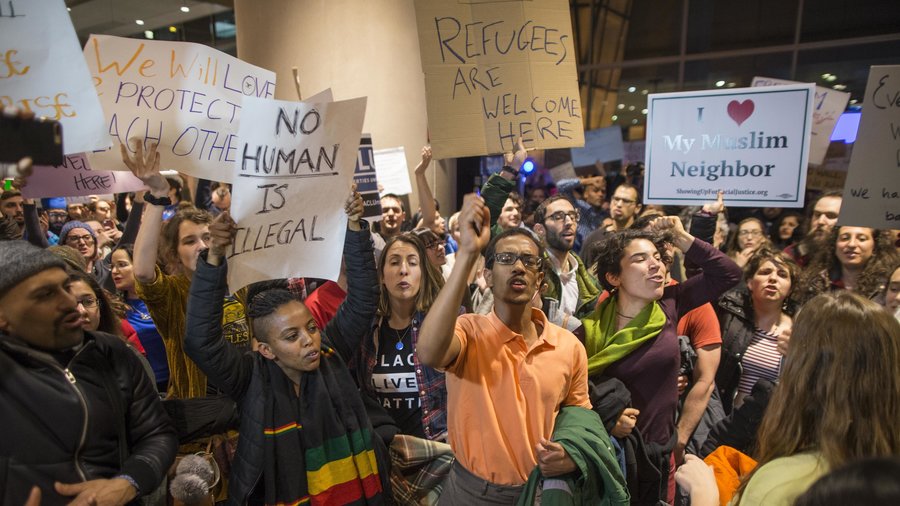 In the Spring of 2017, TSNE experimented with an Urgent Response Fund in an effort to support the emerging need for grantmakers to provide financial resources to community organizers who were coordinating rapid responses to policy shifts that threaten the civil liberties of immigrants and other vulnerable populations.

This project was the result of the Innovation Fund, a TSNE staff-led effort that supports new or innovative programming after the organization’s normal budget process is complete. The proposal writing and voting process for the Urgent Response Fund took less than three weeks and allocated $30,000 toward the program from April 20-June 30, 2017.

The models for the rapid development of this fund stemmed from several years of investments TSNE has made in both its community-led grantmaking process and its internal staff innovation fund that allowed it the flexibility and responsiveness required to aid community organizers in their emergency efforts.

For several years, TSNE has been developing unique grantmaking strategies through its Inclusion Initiative, that accelerates the leadership of people in communities of color most impacted by poverty to take the lead in creating the solutions. This approach to grantmaking and the relationships TSNE has built with grassroots groups served as a foundation for the Urgent Response Fund that helped groups react to short-term, specific needs, threats or risks. The Urgent Response Fund application process was short and placed trust in the community leaders to know what the crisis is, what needs to be done and the most effective way to address it.

"THE ‘BATTLE’ IS LITERALLY ON OUR DOORSTEP ... SO THE NATURE OF THE URGENT RESPONSE FUND IS PARTICULARLY IMPORTANT TO US RIGHT NOW! THANK YOU, THANK YOU! $1,000 IN FUNDING SUPPORT...WILL TAKE US FAR."
--AN ORGANIZATION SUPPORTING 'KNOW YOUR RIGHTS' TRAINING IN DIFFERENT LANGUAGES

At the same time, TSNE was experimenting with a staff-led Innovation Fund. A pool of funds that anyone on the staff could access when a new or innovative idea emerged after our normal budget process was completed. Staff control the fund and vote on projects they determine are worthy of support. The proposal writing process and voting took less than three weeks and the Urgent Response Fund was launched with a $30,000 allocation toward this effort. All of the funds were dispersed between April 20, 2017, and June 30, 2017.

Organizers asked for a range of support for training initiatives, outreach, convenings and events, travel expenses, creating safe spaces, expanding services and other urgent unforeseen expenses that arose from their support for people at-risk in our communities. What we learned from our grantees is that on the frontlines of fighting for social justice, they don't have time to think about whether or not they have funding in their budget to act. As grantmakers, we must also act when we see these kinds of 'civic disasters' unfolding and institute processes that allow us to become flexible and responsive in our grantmaking practices.