Movement to Save Democracy Launches in DC

Democracy Awakening launches as movement to get money out of politics, restore voting rights, and reaffirm democratic principles of government.

A series of monumental court decisions over the past few years have reshaped the landscape for voting rights and money in politics. Citizens United allowed unlimited corporate spending in elections, the revocation of key voter protections in the Voting Rights Act of 1965 resulted in the sweeping voter-ID laws and polling station failures in places such as Maricopa County, Arizona. The latest bad news from DC has been Senate Republican refusal to fill the Supreme Court vacancy.

In the face of this string of developments, a coalition of over 200 organizations from across the nation rallied in DC to call for action. The Democracy Awakening weekend brought together teach-ins, marches, and a Congressional advocacy day for the purpose of declaring "one person, one vote."

TSNE staffmembers traveled to DC in order to learn about the issues, methods of nonviolent direct action, and Congressional lobby from groups involved in all levels of activism and advocacy.

The diverse group of protestors included names that were no stranger to organized action, such as the NAACP and the National LGBTQ Task Force, and more policy focused groups such as the U.S. PIRG (Public Research Interest Group) and Common Cause. Earlier in the week, a sister movement called Democracy Spring had staged a week of protests and sit-ins on the Capitol steps after a march from Philadelphia.

Empowering a Movement with Local Action

The takeaway from Democracy Awakening was the need for long-term local action instead of a focus on a few high-profile elections. The day of teach-ins at All Souls Church in DC featured skillshares on nonviolent direct action, digital tools for grassroots advocacy, and small donor empowerment all centered around teaching people how to start making an impact in their communities, no matter how small. While everyone was focused on the election and the national stage, much was stressed about the importance of local elections at the state and town level.

Throughout the weekend, delegations from across the country appeared, and we’re proud to say that Massachusetts made a sizeable showing at the teach-in.

People from Massachusetts at All Souls church teach-in 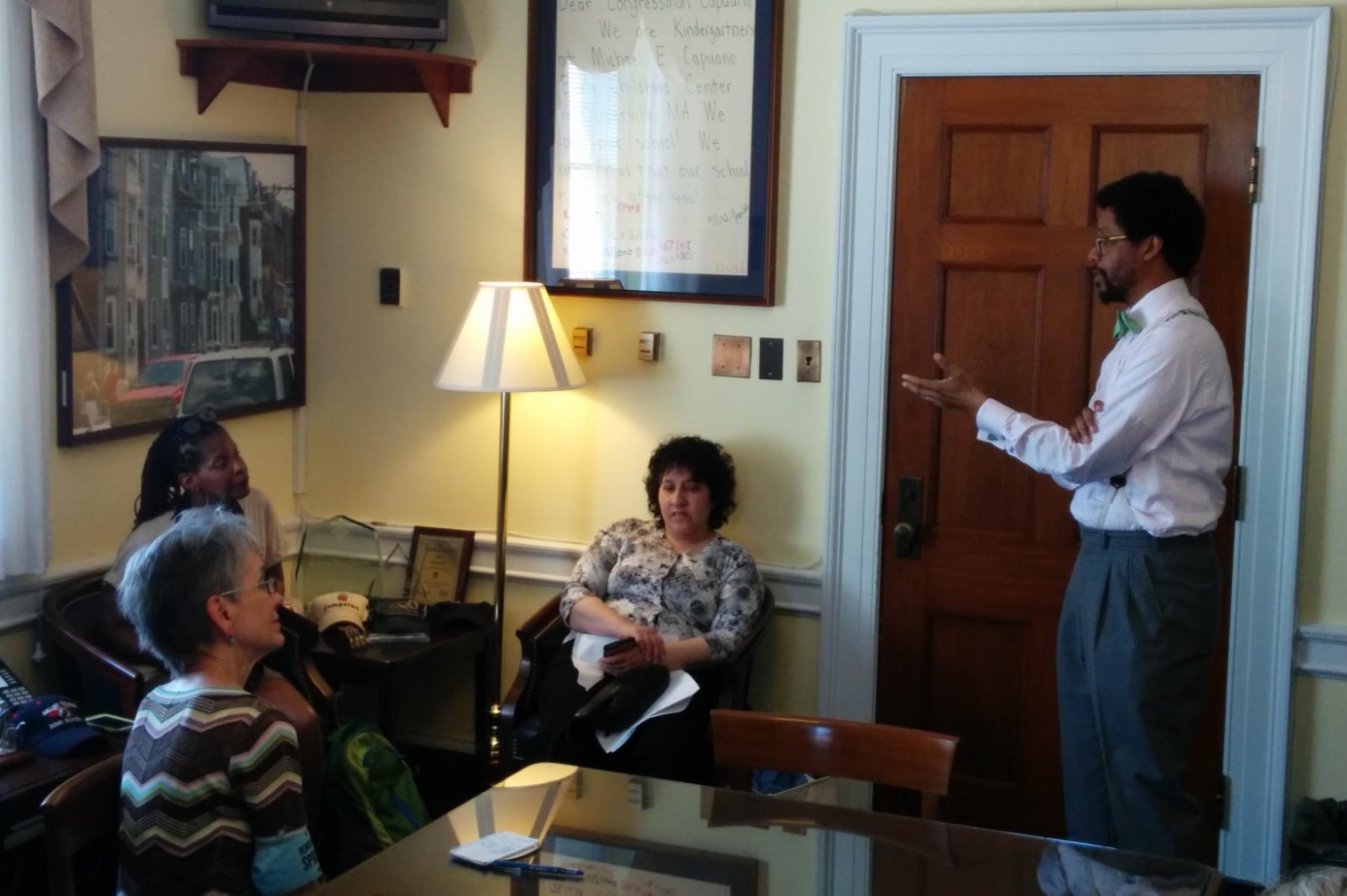 Learn more about Democracy Awakening, the organizations involved, and how to keep informed.

The trip to Democracy Awakening was funded through TSNE's internal Innovation Fund, a grant given to innovative, staff-led proposals that promote creativity, community engagement, and learning.

COVID-19 Resources and Information for Nonprofits